On Tuesday night The Who’s Roger Daltrey, in a 90-minute conversation with director Judd Apatow, discussed Daltrey’s new memoir, Thanks a Lot Mr. Kibblewhite: My Story.

The discussion, part of the Live Talks Los Angeles series, was hosted by the Aratani Theatre in downtown Los Angeles.  Asked if writing the book was fun for the lead singer, Daltrey paused, then responded, “Interesting. All I wanted was a good book.” The two touched on many of the memoir’s anecdotes, leading Daltrey to cut one particular story short, joking that the audience will have no reason to read the book if he continues talking.

The frontman spoke mostly of The Who’s early years, pointing out the difference between his band and the others in the British Invasion of the 1960s.

Afterwards, the Teen Cancer America team caught up with Roger to take a staff photo, congratulating him on a job well done. Before parting, Roger said he was ‘very proud’ to finally meet the TCA team and reminded them continue to fight for the teens. 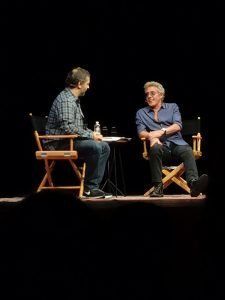 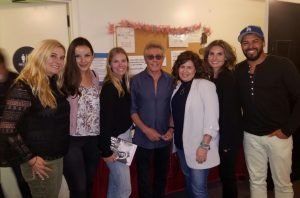